Everyone has a different idea of what a barbershop ought to smell like, but we tend to lean historically for this kind of stuff. Giovanni Maria Farina famously created the very first Eau de Cologne in the early 1700s, and it was an instant success. His formula was prized by the royal courts, and was so highly regarded that it's still in production today. As a result of this popularity, Eau de Cologne fragrances have been staples in European barbershops for well over a hundred years.

While we don't claim to be as gifted as Signor Farina, our Seville scent is definitely in a class all its own. Affectionately dubbed "God's barbershop" by some of our more poetic customers, Seville is a blend of lemon, bergamot, rosemary, lavender, patchouli, and oakmoss. The name comes from the famous opera The Barber of Seville, but the scent is at home anywhere. Give it a try; you won't be disappointed.

Sometimes there's nothing so comforting as good old-fashioned bar soap. Tyler Durden called it "the yardstick of civilization," and it has long been in the running for the most important medical development of all time. It's safe to say that we would not have made it nearly as far as a species were it not for the invention of soap in Sumeria thousands of years ago.

While we believe in simplicity, we know that many people do not care for soap made from animal fats. Thus, we're thrilled to debut our brand new vegetable bar soap, made with responsibly-sourced, certified-origin palm oil, pomace olive oil and avocado oil, moisturizing cupuaçu butter, and goat milk powder for a nourishing, moisturizing soap ideal for any time of year, but especially for the cooler, drier months.

*None remains in final product 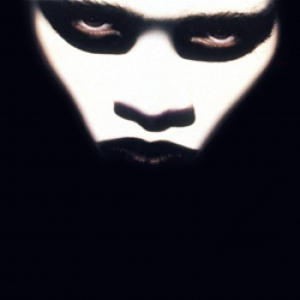 One of my go-to year round scents for use in the shower. I would recommend it if you're a fan of the Seville shave scent.

smells just like the shaving soap, very happy with the purchase, great as a gift!

Nice in the bath

I am enjoying using the Seville Hand and Body Soap. It has a lovely fragrance, lathers well, and feels nice and “slippery” on the skin. I haven’t experienced any drying of the skin from using this soap. I like!

Great soap. Use it all the time.

This soap just works well, smells great and leaves me feeling like a gentleman. Awesome.